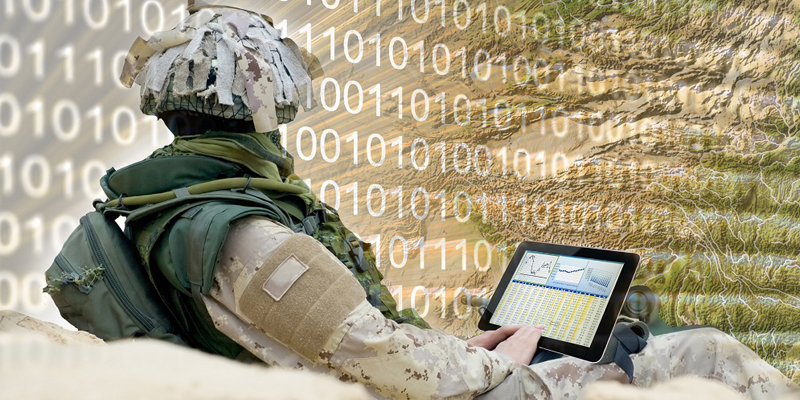 The war is on, but the frontlines are devoid of any soldiers. The battlefield is desolate, with a solitary bird flying over the horizon. There are no bomber planes, no missiles being launched, no rattling sound of artillery. But the war is on.

Eric Schmidt, the chairman of Alphabet, Google’s parent company and largely considered one of the biggest voices on technology, in a recent speech, warned that “big data is so powerful that nation states will fight over how much data matters. Yes, the war is on, and it is being fought on servers and laptops and the cloud. According to solutionsreview.com, “silent data wars are already being waged beneath the surface of some of the world’s great powers”.

THE GIANT LEAPS NO ONE IS TALKING ABOUT

The crux of the debate and its consequences is insurgency. Insurgencies are classified today in the global geo political community as the race over information rather than territory. And this has serious consequences as world power secretly try to breach (albeit with great stealth and immense public relations cover) each other’s secure servers to gain more information to leverage. Over their citizens, over their spies, over their surveillance systems. Only recently in 2017, one of the largest leaks in the history of the CIA hogged the limelight when Wikileaks released the ominous sounding “Vault 7” dump of national security intelligence of the US. Yes, the race for data supremacy is reaching full-blown war like proportions, and Data Science is leading the way. ML and AI are not just limited to business growth and governance, they are also potential weapons of mass destruction, and no government wants to be left behind. The mechanics are child’s play, for the initiated - So is the constant cyber-attacks on secure databases of any country. Simply hack into a citizens’ social ID server, gather personal and economic (earnings data) and analyze using fairly innocuous data analysis tools and you can predict the entire state of an economy of the country, in a matter of minutes and in a fraction of the budget that spy agencies have hitherto spent billions on. Train your machine or bots for citizen manipulation and cripple their economy with curbing their financial institutions from growing, using algorithms. Data Science is also being used to accurately predict sentiments of affected populations during any military undertaking.

Data Analytics showing the visualizations of the state of fluctuations in the support for insurgents in the middle east by region. Information like these lay the foundation of the strategies for counter insurgency, where Data Science plays a central role.

YOUR WAR IS RIGHT OUTSIDE THE DOOR

Data Analytics in Cyber warfare is real, and it is right outside the door. Lest we dwell further on the data scientists in their secure offices, let’s move on to the battlefield of the future.

A simple shift in perspective provides some obvious insights generally overlooked otherwise: With millions being spent on engineering self-driving, autonomous vehicles, it doesn’t take genius to figure out the same tech could be used in autonomous drones carrying a large payload, or an autonomous tank powered by Artificial Intelligence being deployed in enemy territory, even as the citizens are mass brainwashed by social media bots spreading propaganda against their own government.

Yes, this is the scary face of Big Data and AI and the biggest innovations in armaments are not being developed by the US armies or established arms manufacturers, but by the start-ups in Silicon Valley. The fear of an AI arms race looms large and casts a massive shadow on the entire peace initiatives of policymakers worldwide.

According to Paul Scharre in his book “The Army of None”, he states that deployment of AI weaponry is inevitable. So is the fear of a large scale first attack scenario with an improperly trained Neural Network, that can override most checks and balances and go all guns blazing at the enemy, even if the identification of said enemy is an algorithmic error. The devastating potential is of course, unfathomable.

BUT WAIT, AN ARMY OF DATA SCIENTISTS?

They may not be Captain America, but they’re certainly doing their bit every single day from their offices and clandestine operation bases. Which is why they are in such high demand by defense technology start-ups in a sector that was largely the mainstay of conventional weapons manufacturers. With governments as their biggest clients and unlimited hiring budgets, and the cash rich large weapons manufacturers getting into the fray, not to mention the unquenchable thirst for more data analysts in the global intelligence community, tremendous career opportunities are a natural by-product. Careers are to be made in this sector, and the recruiters are looking only for the super-skilled, validated by reputed and global certification authorities. Let’s face it, we’ve got enough movie references and news pieces to validate this claim.